The Problem With Smart Speakers

I've owned 15-20 smart speakers in my life. I started with Amazon's speakers, sprinkled them throughout my home, and slowly converted to Google's. Over time, I upgraded both ecosystems at least once.

The last point is the obstacle that looms particularly large, and I don't think it's easily circumvented without a screen: How do I know I was heard correctly? Voice-to-text on my phone is mostly pleasant, and I think the visual confirmation makes all the difference: I can see mistakes in real time and fix them. Without a screen to verify input, users are left to uncover many errors after requests have been completed -- sometimes long after.

Here's an example, based on many real-life experiences:

Now begins a frustrating game, one I've mostly lost, trying to reverse engineer what I wanted to remember 5 days ago that rhymes with, or generally sounds like, "dilemma". Delight? Dill pickles? Did I actually want something called "dilemma"?? Is that a movie?

Mystery items on my shopping list was a common problem. As was asking for the time and getting Morris Day and The Time, instead.[1] As was 17 minute timers that lasted 70 minutes and 7:15 alarms that didn't sound until 7:50.

Week by week, the errors, frustration, and triple-checking reversed any time savings or convenience, so I've stopped asking Google to do things for me. Most of my smart speakers are gone and my life works better because of it.

I have one remaining smart speaker actively listening for commands that mostly do not come. It's primarily an over-engineered noise machine, playing "oscillating fan sound" every 10pm to help me fall asleep.

Here is the more reliable technology that now powers my life.

Real Speakers
Multi-room music didn't work well on my smart speakers. (I'm pretty sure multi-room music was an afterthought for all smart speakers.) It's listed as a feature, but it was mostly impossible to keep all the speakers synchronized. As someone who enjoys up to 10,000 minutes of music every month, you can imagine the frustration of having so-called "smart" speakers lost in annoying loops of connecting and disconnecting, syncing and de-syncing, all the while chirping hopelessly and ruining my sweet jams.

After researching half-a-dozen replacement smart speakers, I found the perfect solution to my multi-room music dilemma[2] -- a receiver, 4 bookshelf speakers, and ≈200 feet of speaker wire. 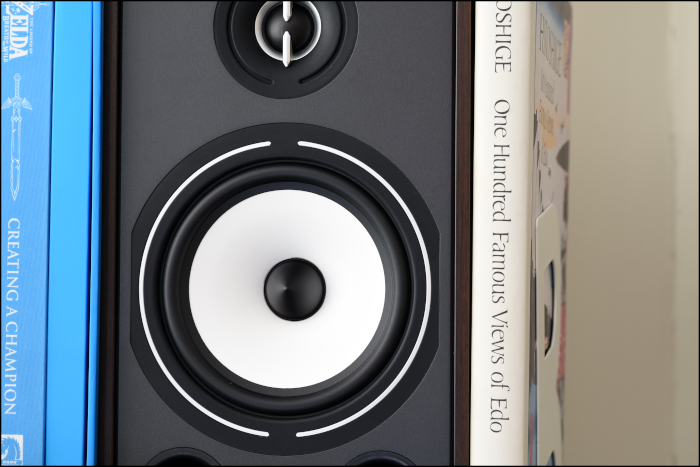 A Real Timer
Setting my physical timer is markedly faster than using a phone or voice command. Additionally, it's never mistaken 30 and 13 minutes.[3] 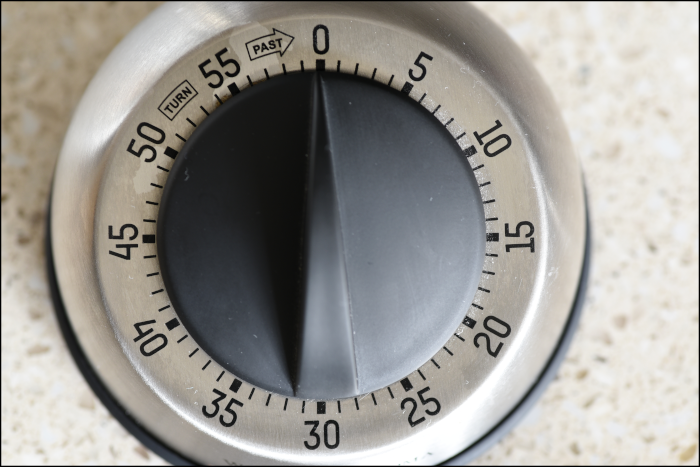 Beyond being a faster and more accurate way to set a timer, the mechanical ticking, tocking, and dinging does something good for my brain.

A Light Switch To Control The Smart Lights
Smart lights became my alarm clock many years ago, which transformed my waking routine. As such, my lights mostly turn on and off according to a preset schedule. For occasions where I need to manually adjust the lights in my bedroom, a physical Hue dimmer switch has taken over for Google. 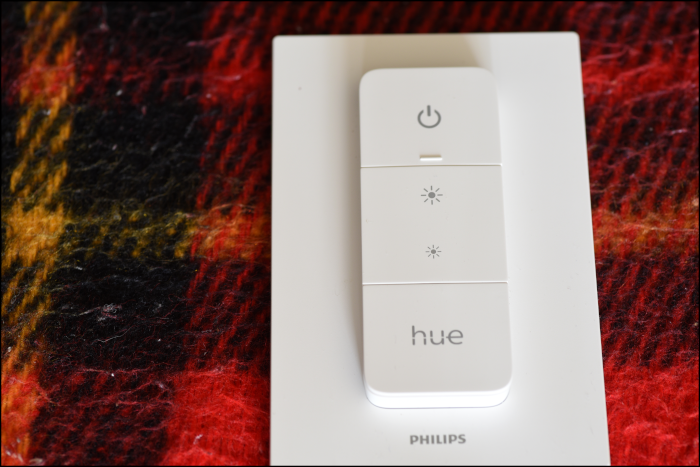 Like the other solutions, pushing actual buttons is faster, more convenient, and more reliable than voice commands.[4]

Real Clocks
Looking at a clock is absurdly faster than requesting the time from a smart speaker. I literally know what time it is before I can start speaking a wake phrase. I should have never smartified clocks. 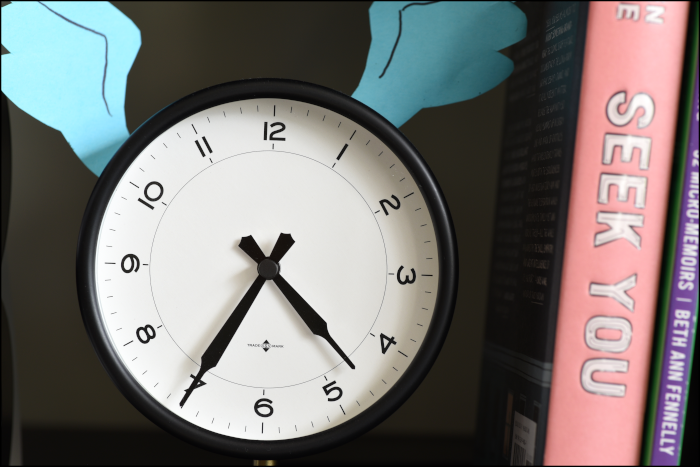 There are analog clocks scattered around my place and 2 cubes for the bedroom, which are visible when I need them and otherwise leave my bedroom dark. 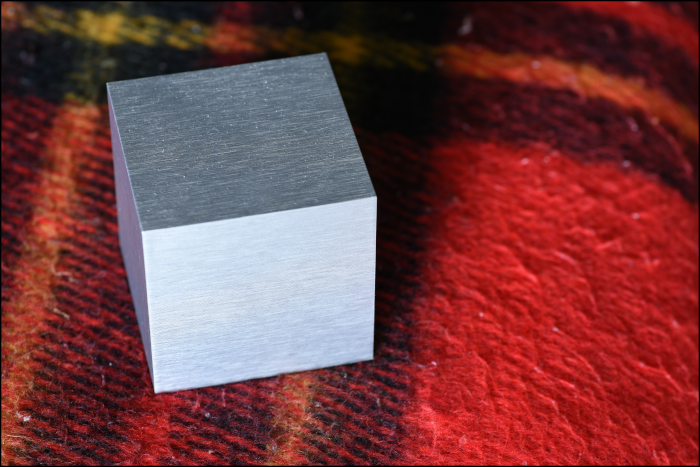 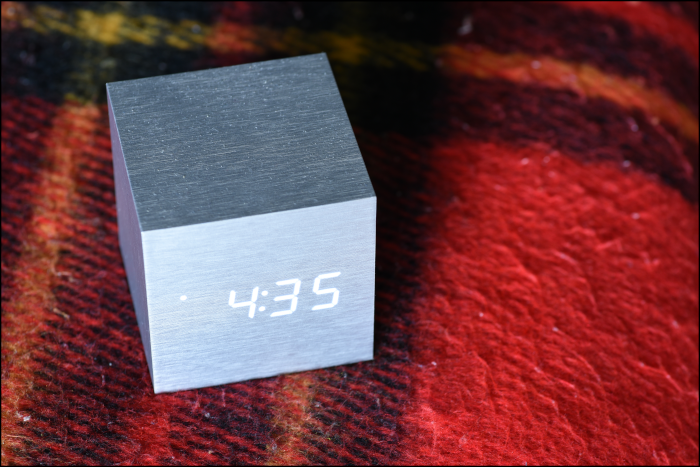 Bonus: Replacing Smart Watches With Better & Older Technology
The first Android watches were released in 2014[5]. I owned and returned a couple of LGs and then a couple of Samsungs, both of which broke easily. After that I owned a couple of Moto 360s, which broke less easily (read: right before and then right after the warranty period).

Next, I fell in love with Fossil's hybrid line: more durable, feels better, looks better, no digital screen, some ability to buzz you for notifications.[6] I suppose it's no surprise a watch company would build better watches than a tech company.

It turns out, in all cases, I abhor a life where tech on my wrist constantly steals my attention from the world around me. The how-much-are-you-moving data was sorta cool, but it wasn't irresistibly superior to simply not having it. I extra despised my tech telling me I didn't move enough just because I don't wear it while playing tennis.[7] Perhaps most unforgivable? I realized I didn't like the chunky, dark screens -- they look bad in real life and even worse in pictures.

It's taken me 8 years, but I've finally realized watches are great and there are two particular things I want a watch to do: Keep track of what time it is and be attractive on my wrist.

You know what's great for that? Swatch.[8] Many analog watches, but especially Swatch. 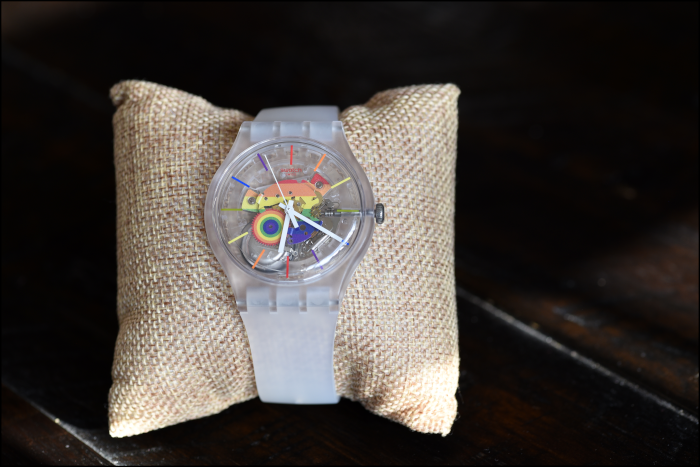 A list of benefits: I know what time it is. They look cool with my outfits. Nobody is selling my movement data. The battery is still going strong and it's been way over a day... the battery lasts so long, I literally never worry about it. You can get 3 Swatch watches for the cost of one smart watch, and the Swatches will last 10x longer.