I was considering writing a section on the Google Home app and how it isn't fully functional on the Google Pixelbook or Google Pixel Slate. Instead, here is a one sentence review: If you sell stuff that supposedly all works together, you should make it all work together.

I created a quick way to get old contacts out of sight and out of mind when choosing attendees for an event: adding "Archive" to a contact's notes field and filtering away those results. It was a great way to leverage data I was already accessing... implementing the solution only took a single line of SQL:[1]

So it turns out a "12 cup" coffee percolator doesn't necessarily hold 96 ounces of liquid. In the coffee world, a "cup" is 4 to 6 ounces. 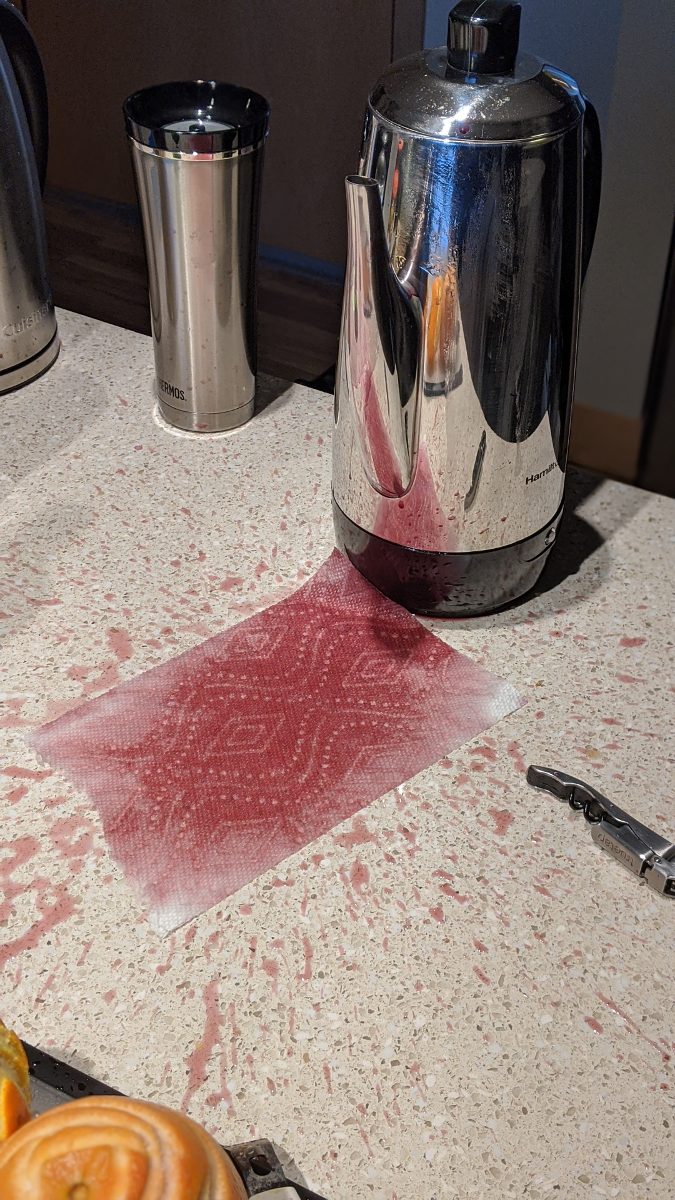 So, long story short (I don't have the strength to walk you through the details), that's the (partial) aftermath of my coffee percolator rocketing wine out of its spout.

As someone who neurotically attaches units to numbers[2], I was wildly distressed to learn that a cup isn't always 8 ounces.[3]

A friend of mine recently raved to me about Bon Appétit… so convincing was this rave that I went home and purchased a subscription to the magazine. (A Real Life Magazine Subscription!)

My expectations of my Bon Appétit experience:

In fairness: Condé Nast owns Bon Appétit, the magazine industry is not what it used to be, and if you're Condé Nast you probably create a single website template and use it everywhere.

Honestly, I only remembered NY Times Cooking existed because I was so disappointed with my first experience. I'm almost certainly one-year-and-done with Bon Appétit; long live NY Times Cooking.