People of Minnesota: eat the last cookie. Please. Don't leave it, don't cut it in half. You crushed the first 49, finish the job.

That's apropos to nothing in this post, it just needed to be said.

The design and testing of a real life space
Previously on C. Kennedy Design: I moved!

The process for arranging and outfitting my home was similar to how a person might design anything else: watch people use it, note the user's pain points and innovations, fix and integrate, do it again.

The Set Up
The public facing space of my apartment vaguely looks like this: 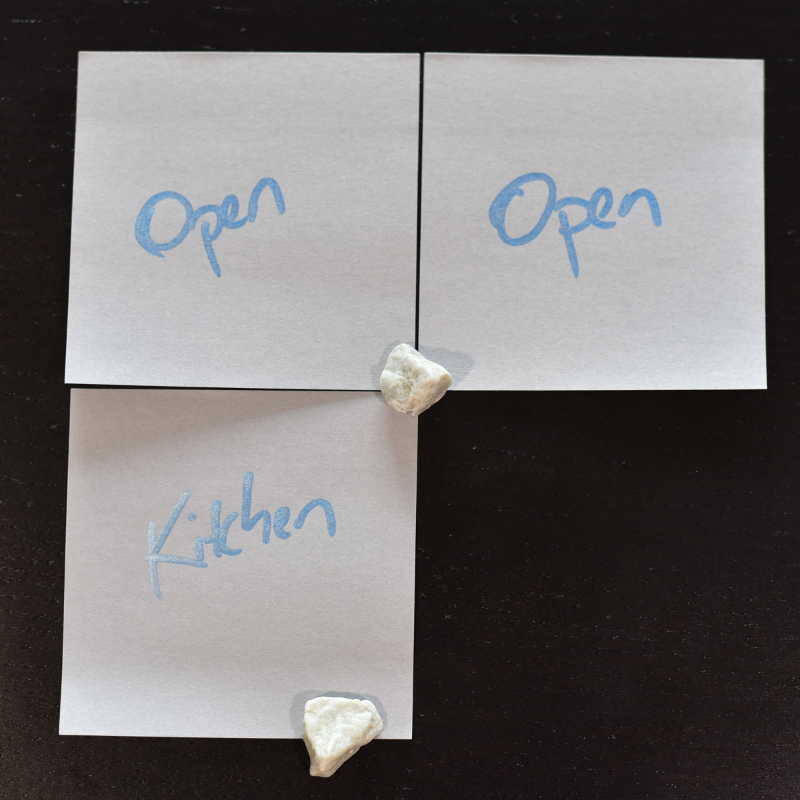 The previous tenant had a the following layout: 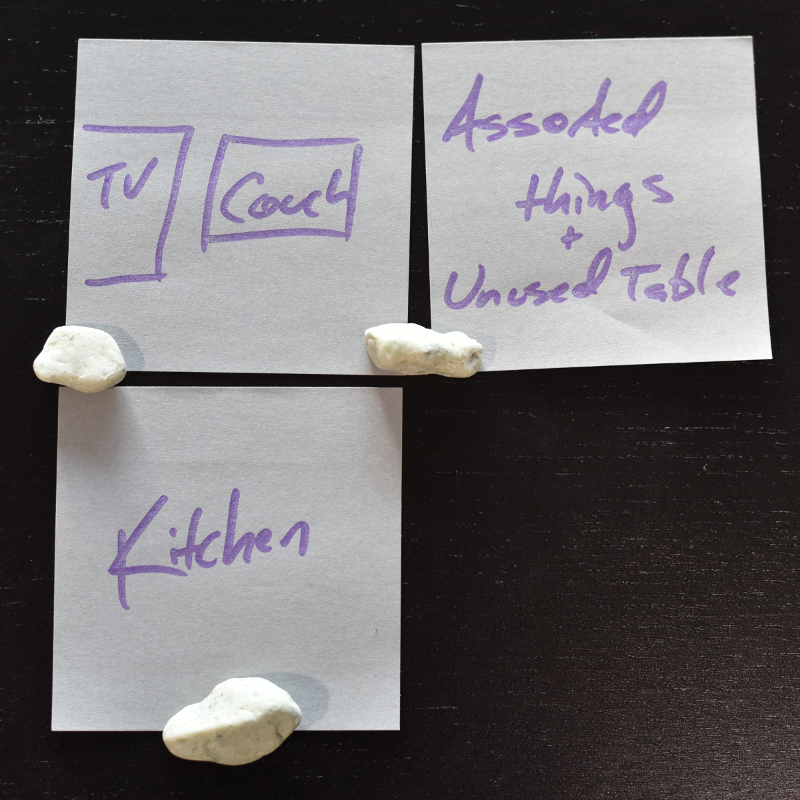 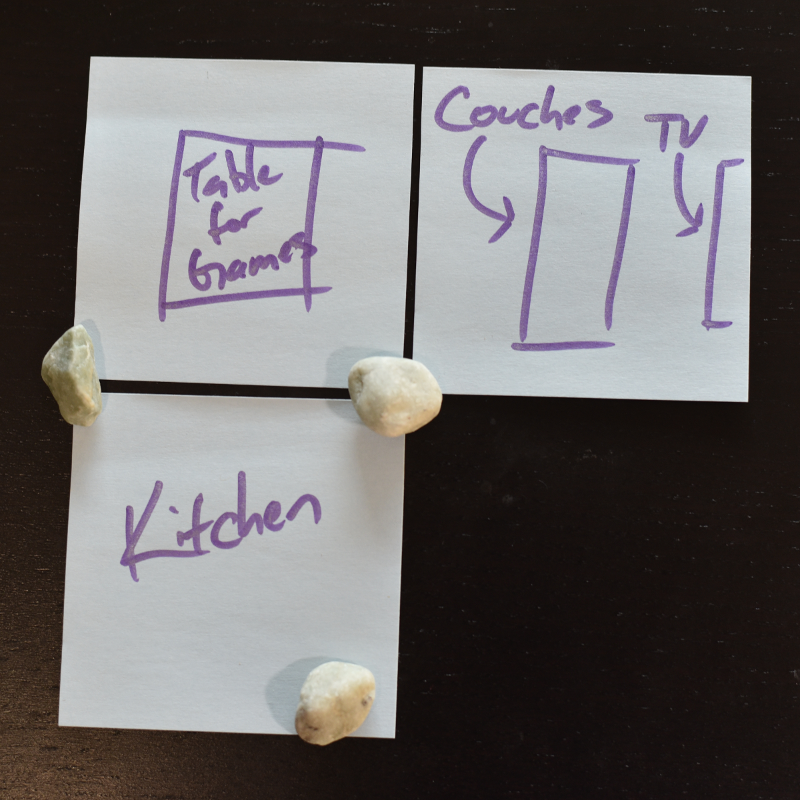 There are a few things to note in these (beautiful and highly professional) renderings.

One
I've spent enough time at parties to know that a large chunk of the party will always, invariably, end up in the kitchen. This is because the kitchen is generally where the snacks are and everybody loves snacks.

Two
I've also spent enough time playing board games to know the gaming area should be close to the kitchen, so people getting snacks are still within ear shot, if not eye shot, of what's happening in their game.

Three
Placing the television and couches around the corner from the kitchen allowed me to create an area that was closed off from everything else, creating a space that could be slightly more intimate and removed. I also made sure my albums and art books were in that area, to help spur conversation or give introverts something interesting to look at, if they ever needed a moment.

Watch, Note, Update, Repeat
There have a been a bunch of tweaks to the design along the way; here are two of the more interesting adjustments.

Here's what I've recently learned about hosting people and baking them cookies:

This is a bad choice for a few reasons:

A better designer-of-things just designs a better thing. In this case, a better choice was adding napkin holders. I have them spread throughout my apartment and when someone wants a delicious, melty cookie that's fresh out of the oven, I serve it up on a napkin.

One of the hard parts of being a designer-of-things - whether that's creating software, throwing parties, or writing emails to your coworkers - is releasing the idea that other people aren't doing something correctly.

Having it on in the background and giving people the option to engage on their own, as they see fit, is a much better option than actively pressing people to start playing at any given point in time. Mandated fun is already a difficult sell, and it makes no sense to break up a fun interaction between a group of people to have them start something else. Setting out a clear, open invitation to engage in the party games gives my friends the opportunity to jump in whenever they're ready.

So far I've only tried this approach with the Switch... it's been fairly easy since the TV attracts attention but is out of the way. I need to find a way to apply a similar approach to board games... if the boxes are sitting on a table, they're in the way of food and drinks; if they're on a shelf, people may not feel welcome to grab them and open them up. 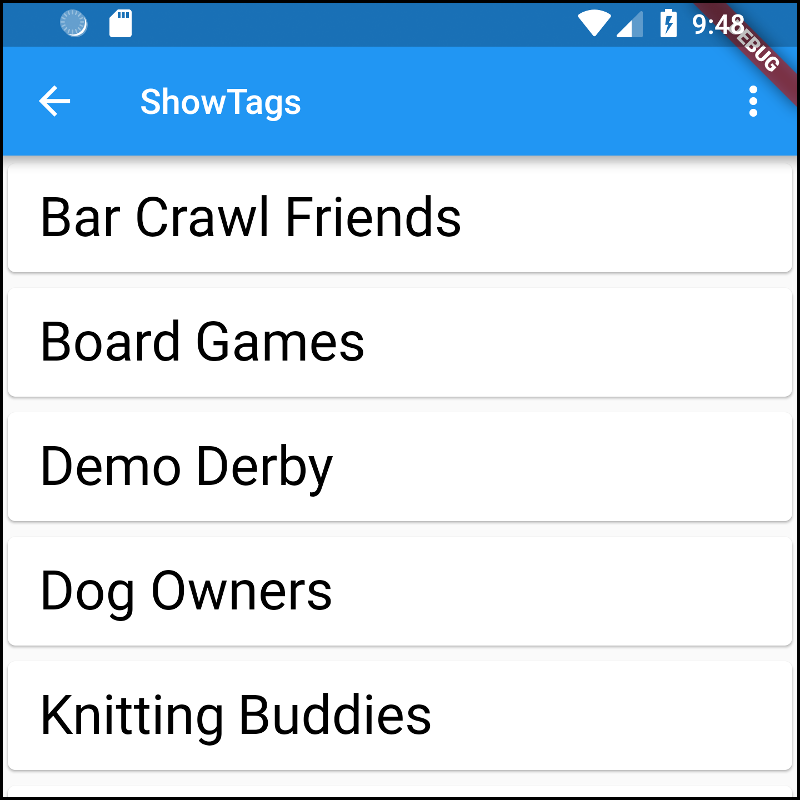 As the number of people and events in my database increased, it was becoming difficult to track which of my friends liked board games, which new person loved salsa dancing, etc. Tags are a great solution to that problem and, as a bonus, they were already on my list of things to add to the app... the database had tag and linking tables ready to go from day one.

My main focus was getting minimal functionality built as quickly as possible... more than anything I needed help filtering through my data, ASAP. There are still some things to tackle: not all of the results are sorting properly; I'd like to add tag info directly to contact cards; when adding people to events, I'd like to filter by tag.

The simplest solution[3] I found for adding tags to a database was:

From there, it's just a bunch of searching the third table, either for a specific contact key or a specific tag key.

The toughest part was deciding what my SQL statements should look like, specifically when I needed to return a list of all tags, while marking which tags were already associated with a given person: 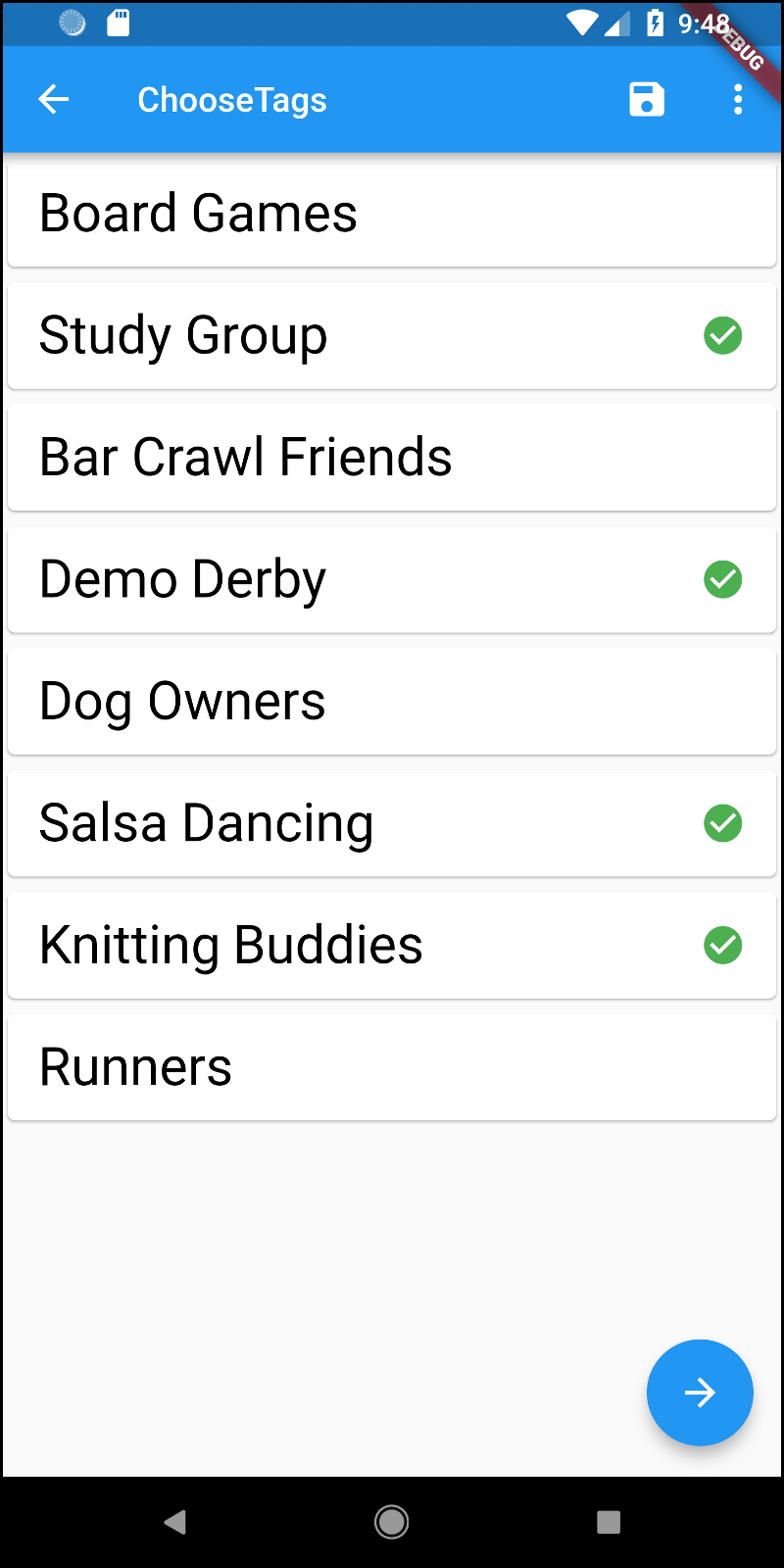 For a while I tried to research and write a perfect SQL command to make it happen. I thought I had it, then realized I was very far off. Eventually I decided to use two SQL commands to grab two sets of results, and manually combine them.

Social Media
I had some thoughts about social media this quarter. Read them here.

Python
I did some python at work to automate document creation. Check that post here.